An Elephant Parade In Odiham!

Elephant Parade was founded by father and son Marc and Mike Spits in 2006. Whilst on holiday In Thailand, Marc met a baby elephant named Mosha, who had lost her leg after stepping on a landmine. Mosha inspired Marc and Mike to create Elephant Parade.

“We wanted to help Mosha and create something structural that would be profitable in the long run. This is the only way in which we can provide the elephant a sustainable future”.

Elephant Parade provides a structural and ongoing source of income for elephant welfare and conservation, making it possible to give elephants a fighting chance in the battle for space, dignity and survival. The aim is to raise public awareness of these issues and support projects and organizations, which focus on:

•Health and well being of elephants

The event was created in 2006 by Marc Spits and his son Mike. It was inspired by Marc Spits’ visit to the elephant hospital in Thailand, the only one in the world, which constructs prosthetic legs for elephants that encounter landmines when logging in Myanmar. There he saw Mosha, a baby elephant who lost her foot when only seven months old and was the first elephant to receive a prosthetic limb. She is fitted with a new leg every year, and must then learn to walk all over again. The documentary film, ‘The Eyes of Thailand’, (narrated by Ashley Judd), shows the work of Mosha’s caregiver Soraida Salwala.

The first Elephant Parade exhibition was held in Rotterdam, The Netherlands in 2007. Friends of the Asian Elephant Hospital, Mosha’s home base in Lampang Thailand, was the first organization to receive contributions generated by Elephant Parade and structurally continues to receive funds for taking care of Mosha. Antwerp followed in 2008. In 2009, Elephant Parade visited Amsterdam. In 2010, Elephant Parades were held in Emmen and London. In 2011 they were held in Heerlen, Copenhagen, Milan, Singapore, Hasselt, and in 2013 in Trier and Luxembourg.

The elephant sculptures in the Elephant Parade are all unique works donated by the artists, who include both established and emerging, unknowns and celebrities. They are exhibited in the streets of the host city for one or more months and then auctioned off, with the proceeds going to The Asian Elephant Foundation, which seeks to save the Asian elephant and return it to its natural habitat. The sculptures are 150 centimetres (59″) tall; limited-edition miniatures are also made of most, varying in size between 5 and 75 centimetres (2″ and 29.5″). Money raised through Elephant Parade has been used to support projects from elephant medical care to leasing land where elephants have sufficient space to migrate, breed and live in peace.

We are pleased and proud to be official stockists of these wonderful miniatures. Please visit our online shop, or come in to The Gallery to take a look at these beautiful creatures. For further enquiries, to order or to simply find out more, you can also call us on 01256 701082. 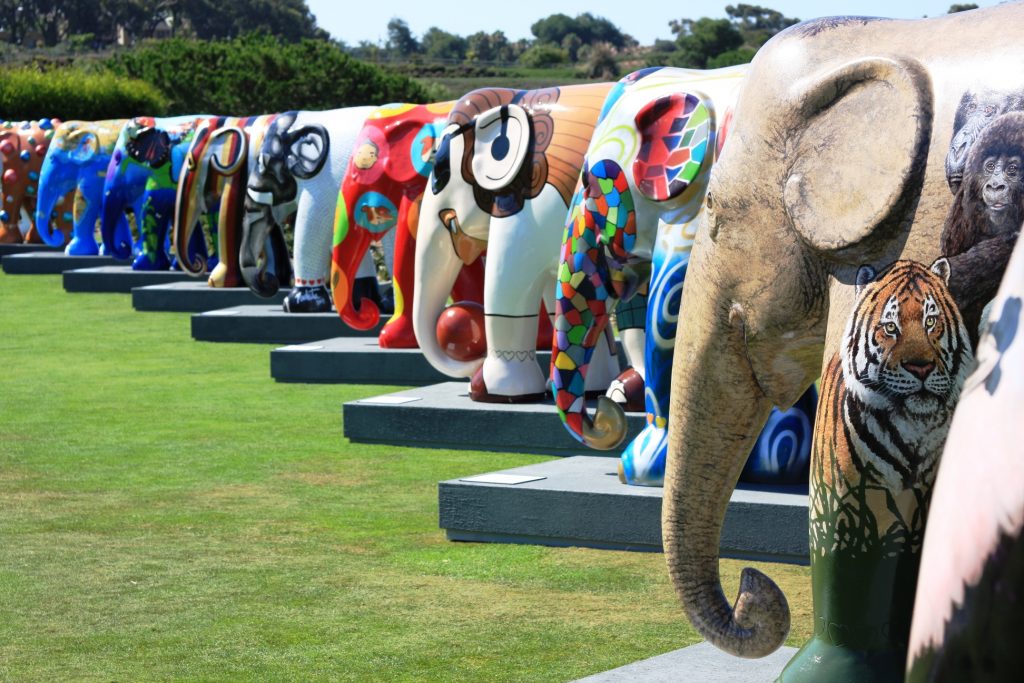