Recognised as one of the world’s leading wildlife artists, Pip has an international reputation for his oil paintings of big cats and African game.

Pip first came to prominence in 2004 with his popular seven part series on Meridian Television called ‘A Brush With The Wild’, which was co-presented by Anneka Rice. The programme was filmed on location both in Kenya and at Marwell Zoological Park in Hampshire, with Pip teaching celebrities such as Christine Hamilton, Linda Robson, Jenny Eclair and Nerys Hughes how to paint wildlife.

Pip was the founder and Chairman of the largest wildlife art society in Europe, which he ran for sixteen years and has been the ‘Artist-in-Residence’ at Marwell Zoological Park in Hampshire for nearly twenty years. In late 2014, Marwell purpose-built a spacious art gallery into their retail outlet to exclusively house Pip’s paintings for sale to the public, which has proved very successful.

Pip has organized and led nearly thirty safaris for wildlife artists and photographers to the remote game reserves of Northern Botswana, North and South Tanzania and Kenya – his next expedition to Botswana will be in October 2019.

BBC WILDLFE ARTIST OF THE YEAR:

For four years in a row, Pip was one of the judges for the BBC ‘Wildlife Artist of the Year’. The prize for the winning artists was to travel with Pip to Botswana on safari. 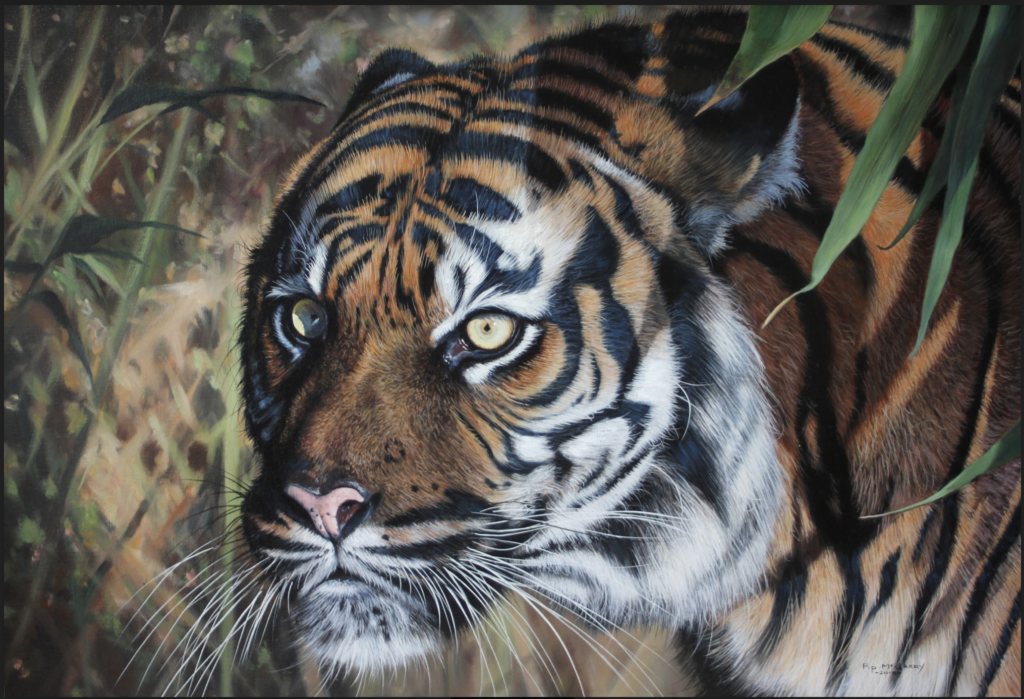