The Three Hares is a circular motif appearing in sacred sites from the Middle and Far East, to the churches of Devon and historical synagogues in Europe.

It is a visual puzzle, in that the hares chase each other, but each shares the others ears, so there are only three ears between three hares! It is loved because it cuts across religions and cultures, and is genuinely artistic in its appearance.

The earliest occurrences of The Three Hares are said to be in China, dated to the Sui dynasty (6th to 7th centuries). It then spread along the Silk Route and was a symbol associated with Buddhism. The Three Hares appear on 13th century Mongol metalwork, and on a copper coin found in Iran. In Europe the most of the three hares appear in churches in England and northern Germany.

Some claim that the Devon name, ‘Tinners’ Rabbits’, is related to local tin miners adopting it. The mines generated wealth in the region and funded the building and repair of many local churches, and thus the symbol may have been used as a sign of the miners’ patronage. Other occurrences in England include floor tiles at Chester Cathedral, stained glass at Long Melford, Suffolk and a ceiling in Scarborough.

No one is 100% sure of its meaning. People speculate that it may be to do with fertility and the lunar cycle and in churches, the Trinity.

The Frame Gallery stocks prints and paintings featuring many forms of wildlife, including hares. Visit our online shop or come and have a browse in the shop – 81 High Street, Odiham. 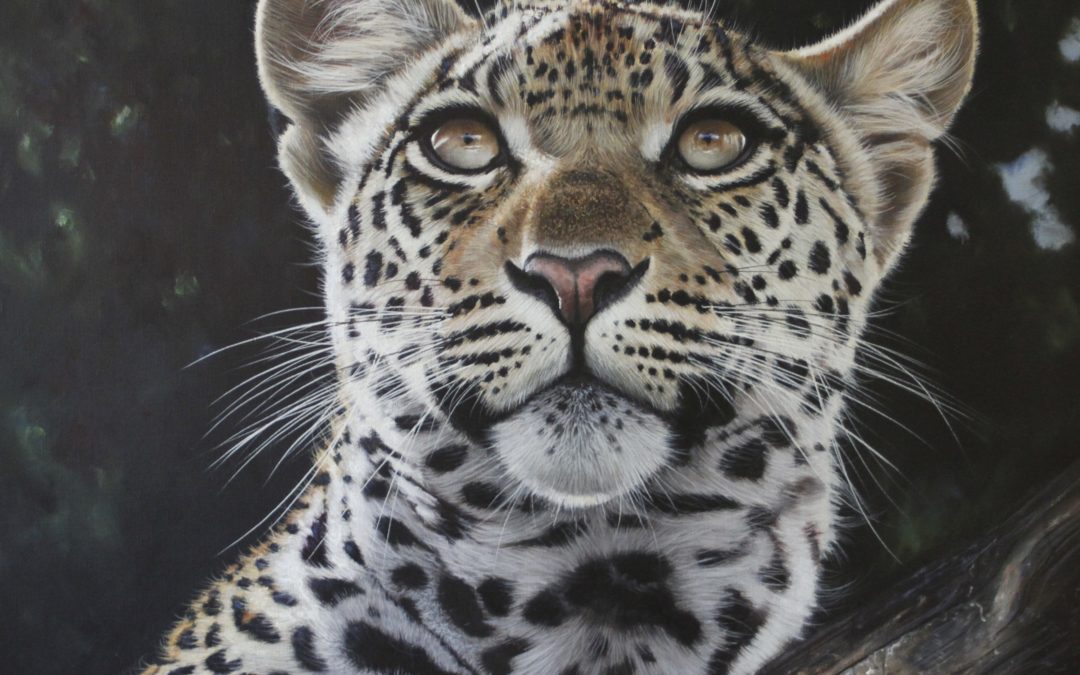 Following last year’s record-breaking exhibition in Odiham, world-famous wildlife artist, Pip McGarry, is back in Odiham again this year, and this time he’s painting exclusively for The Frame Gallery. Click to read more.